Have you ever wondered what Rails for Ruby are and what it could mean for you?

The more you learn about different programming languages, the more differences you find among them. Ruby on Rails has considered a top-tier language thanks to its customizability and its vast library of definitions. Ruby on Rails is a framework for Ruby, and it allows programmers to write code quickly and efficiently.

Some of the biggest apps use Ruby on Rails (aka ROR), including Shopify, Soundcloud, Fiverr, and GitHub. Beyond that, there are thousands of coders involved in the Ruby on Rails community, and they share code and tips with each other to help out.

Let’s dive into some of Ruby on Rails’ unique features and see how using them could help you build better software.

What Is a Framework? 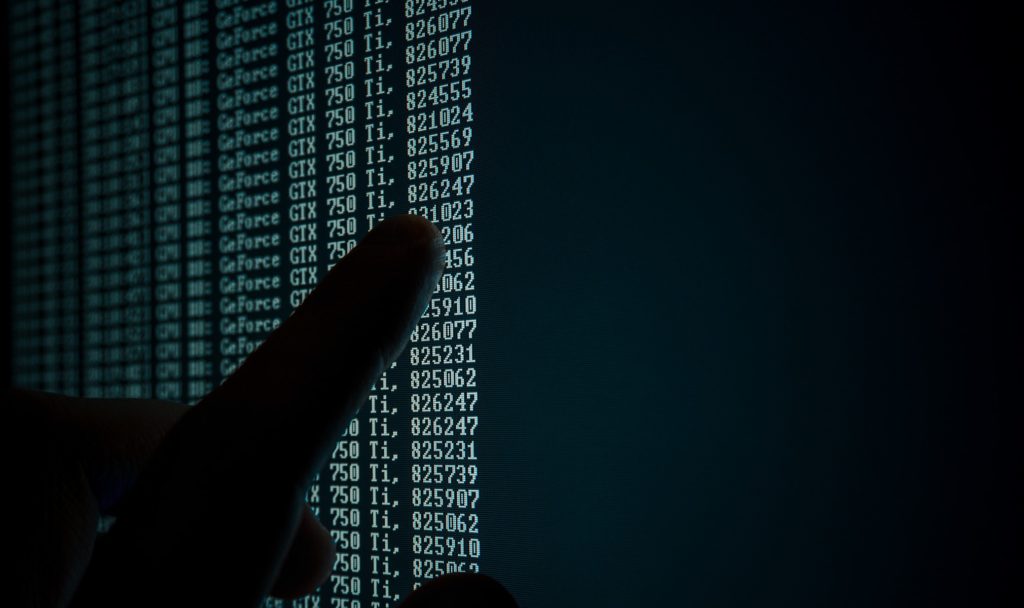 Ruby is a code language while Rails is a framework. Basically, a framework is a translator that can run custom software by taking the objects you write and turning them into objects on the screen. It saves time because the framework is not only where code is written, but also where it is launched.

Ruby on Rails make it faster for coders to get a clear idea of what they’re building and how it will work, saving time on debugging and minimizing errors that could harm the user experience.

Basically, Rails makes it easier for coders to put Ruby into existence. It’s fast, easy, and effective. As an object-oriented language, Ruby doesn’t require each function to be defined before it can be used. Instead, an object’s code is included with each object of the Ruby library.

Programming languages are like the instruments of an orchestra—all play musical tones, but each one does so a little differently. JavaScript is the most widely used language, and its complexity allows for tasks of all difficulty to be written out and executed.

Some languages, like Ruby, make coded tasks simple. The “Hello World” text display function takes just one line of code, unlike the several lines required in Java. Because of this efficient delivery of code, the software is built-in shorter periods of time, saving businesses money on development.

This speed of development also helps with the early stages of app planning. Some ideas just don’t work, but it takes time to launch an app and figure that out. Ruby changes all that. Instead of spending months on a fruitless endeavor, Ruby makes it possible to test ideas out in just days or weeks.

Ruby is also free. It is an open-source platform available for anyone to download and start learning. Its community offers introductory classes and tips to get your software ideas up and running as quickly as possible.

There’s nothing Ruby can’t do. It works across all platforms, and it is designed to quickly launch programs varying in complexity. If you are looking to develop a website or build something more user friendly, chances are Ruby will be the fastest way to get you there.

Programming languages have their own, mildly cultish proponents. In the case of Ruby, people are fans because of its freedom in how to get things done. Languages like Python are firm and strict about ensuring that there is only one way to do something—the best way. Ruby, on the other hand, embraces the creativity of the individual and allows them to approach each problem in their unique way.

Ruby on Rails is a fast framework. Like, really fast, and that allows developers to help their clients get a successful idea off the ground quickly. Its ability to customize and cater to each individual makes it an elite choice for businesses looking to make an impact on their industry.

In the case of web apps, Ruby excels because of its ease in back-end querying ability. What does this mean in English? It means developers can access user data more easily. By using existing tools from Ruby’s library and simply dropping them in their own programs, the software can query data tables and obtain information quickly.

With other languages, this can take forever. There are specialists whose job is to work on such queries. Ruby helps to broaden that narrow niche and make it easier for anyone to do it.

A Community of Other Users

As a Ruby developer, you’re not alone. There are thousands of other developers out there who have handled many of the same problems you face, and they often share their nuggets of wisdom to help new, less familiar coders to find a solution.

While Ruby is far from the most commonly used programming language, it still boasts a community of about 2 million users. This means there are more brains to collaborate and find answers with. You don’t have to reinvent the wheel.

Plus, Ruby on Rails’ object-oriented approach makes it a lot easier to drag and drop short bursts of code that handle a function perfectly. It’s also worth noting that Ruby programmers are exceptionally passionate about their little corner of the development world. Why? Because Ruby is seen as an underdog that people overlook when considering powerful programming languages—a grave error.

When it comes to custom web development, Ruby is a top contender for developers who want to get the job done quickly, easily, and without much margin for error. However, when it comes to machine learning and AI applications, programmers don’t usually look to Ruby for help.

Python is the top choice, and nearly three-quarters of data scientists use its platform for aggregation, thanks to its error-resistant platform. Python’s advantage is that it uploads code changes instantly. If there are errors, developers will see them right away and be able to adjust them before getting too far down the road.

As far as communities and complete ecosystems go, Python has the edge. Its early spot in data science and group development projects caused beginners to choose Python over other languages, and it doesn’t hurt that Python is one of the easiest languages to learn.

Beyond complex functions and large communities of other developers though, Ruby is a force to be reckoned with. Its small ecosystem is vibrant and enthusiastic about using its platform. When compared to Python, Ruby’s syntax invites users to make complex, powerful functions instead of the simpler ones preferred by Python.

What Ruby Can Do for Your Business

Of all the different languages to program your software with, why choose Ruby? No one can tell you which language is best for your app, but there are some advantages to using Ruby over other languages. These advantages are what makes Ruby a highly sought after language for businesses to develop with.

For one, Ruby is safe to experiment with. Programs aren’t required to be fully fleshed out or meticulously tidy before giving them a shot. If you have ideas for a program and want to test it out, Ruby gives you the space to do that quickly without risking much-wasted work.

Because Ruby is entirely object-oriented, your developer won’t spend as much time defining how objects work in your program before deploying them and testing how well they work. This saves you time and money, and it’s a little more fun to see your dream come to life almost instantly.

How to Find the Best Ruby Developers 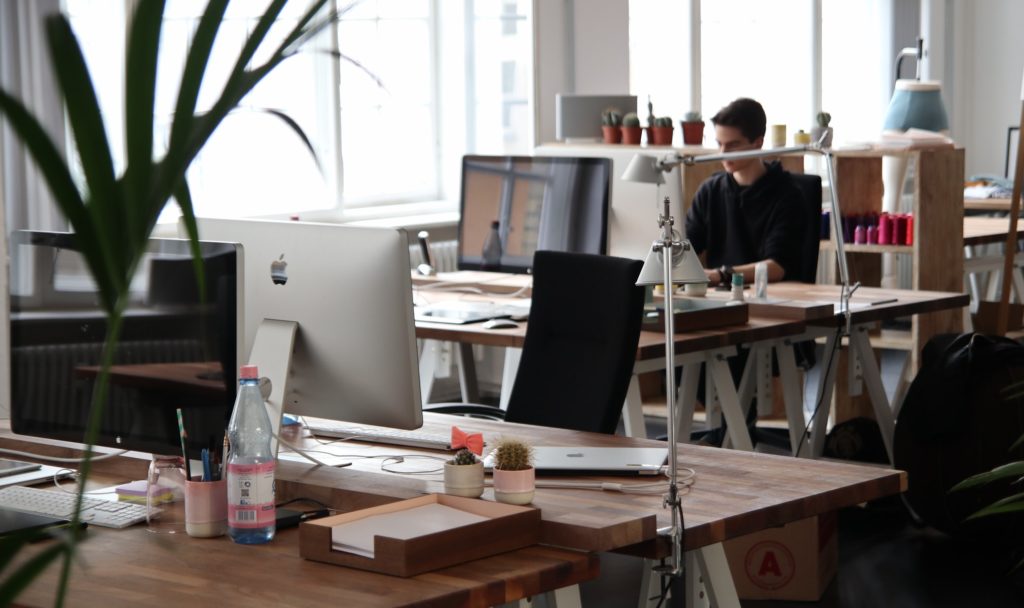 The best way to track down the right developer is to, first, understand exactly what you want to build, then look for developers with work experience in similar fields. For example, if you want to build a restaurant delivery app, it’s a good idea to find a developer that knows how such apps work.

Sure, you could hire a game developer, but there may be a chance that you’ll end up explaining the ins and outs of your business instead of, you know, working on the app.

Because Ruby is not as concerned with complex data operations (at least not like Python), web app development may be the priority for you and your developer. Make sure the developer understands the ins and outs of using Ruby and can guide you toward a creative solution for your project.

Just because someone knows how to develop your app doesn’t mean they should. Take time to know your product, then interview with a critical eye. Ask how using Ruby could enhance your app. Find out what they know. It may even help you improve your design before paying for work.

Your developer should also have a clear, established timeline to get you through your project on a predictable schedule. Know their intake philosophy, and get going on your project.

Want to speak with expert Ruby developers?
Click here to schedule a free consultation about your next project.