The software development process can seem long and complicated, but when broken down into manageable parts, even newbies can easily understand it from start to finish. There are seven stages that make up the software development lifecycle, which is the framework software engineers use to outline the process of building software.

Some companies split these stages into smaller steps while others consolidate some stages, so software development lifecycle models varies from company to company. However, the overall outline stays roughly the same, including the following seven stages. 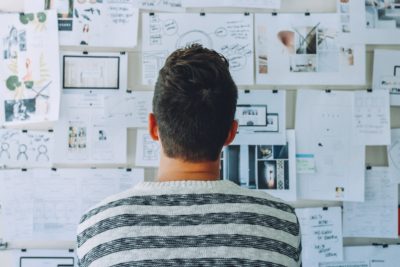 During the planning stage, software developers do exactly what you think: plan. It’s the time to research the feasibility of a project and define which problem the program needs to solve.

Furthermore, developers should also think through any potential challenges that may arise during the development process. They need a plan to either work around those challenges or address them head-on in their outline.

As the development team gains an understanding of the scope and breadth of the project, the planning phase will also be the time to secure funding and resources that will make the project happen.

Lastly, it’s important that a timeline for development be established during this initial phase. As the schedule will likely change as things progress, it’s important to have a reference point for keeping the project on track.

Once the scope of the project is established, the development team will gather specific details about what they need to do to create a prototype.

At this stage, developers define system requirements for prototypes as well as evaluate any other options they may have for an alternate prototype. Through this process, developers create a systems requirement specification (SRS) document that includes the details for the software, hardware, and network requirements for the program being built.

Additionally, developers will research the end user’s needs and concerns, creating a profile of the ideal user for which they are developing this software.

Before moving into the actual development of the application, developers have to create a design for the program.

This includes detailing the specifics of certain aspects of the overall program, for example:

Developers turn the SRS document from the analysis stage into a more logical structure that can be implemented in a programming language. Plans for operation, training, and maintenance will also be drawn up for developers to keep in mind as they build out the software program.

Finally, developers will craft a design document which will guide the rest of the software development lifecycle.

This central stage is where plans and designs begin to take shape. Developers will create code to carry out the functions of the software program according to the outlined specifications.

Program code for the software product is built according to the specifications laid out in the design documents. At this point, all of the important questions about the project have been answered, hopefully making the development phase straightforward.

Developers will follow any coding guidelines the client defines, using tools like debuggers, compilers, and interpreters to create the prototype.

Now that the software is built, it’s time to test it and see how it performs. The development team will go over the application with a fine-tooth comb to find any bugs that could negatively impact the user experience. Any bugs or defects that are found will be noted so they can be fixed, tracked, and retested.

At the end of this phase, the product should align with the quality standards that were outlined in the SRS document.

After testing is complete and the development team makes all the final tweaks and changes, the new software is ready to be implemented. This is when everything comes together, and the different modules or designs are integrated into the primary source code. After that, the information system is integrated into its environment and can be installed.

Depending on the customer base, rollout of the new software can be simple and automated, or a big, complex shebang. Either way, end-users now have the ability to download and use the new software.

Even though the software is completed, there’s still a lot more work to do. A team of maintenance engineers needs to ensure bugs and other issues are resolved as soon as they arise. It’s critical that there is a plan for handling issues reported by end users so they can be handled in a timely manner. This keeps the software operating well, leading to happy customers.

The maintenance team will also be responsible for sending out software updates to continually improve the software and keep it operating at maximum capacity.

The Role of a System Analyst in the Software Development Lifecycle

The system analyst guides the project to ensure it stays on track. As such, the person in this role must be highly organized, a great communicator, and an expert at any technical skills required for the project.

Since this role is so massive, a project’s success often hinges on the system analyst’s interpersonal, management, analytical, and technical skills. Securing a versatile and dependable system analyst is key for moving a software project through the SDLC.

It All Comes Down To the Right Team

There is a plethora of software development lifecycle models out there, from the Waterfall to the Spiral. However, at the end of the day, the most important piece of a successful software project is the team behind it. The right team of software engineering experts will utilize tried-and-true methods for developing software and will work with you to turn your software dreams into reality.

Ready to find your team of software engineering experts?

Click here for a free consultation to get your project started!