In the tech world, products and services are increasingly integrated to the web. You might be asking yourself, “what’s the difference between web development and software development?” After all, many software products create web applications and these days, and many software programs can be accessed through the internet.

However, for developers and tech entrepreneurs, it is important to understand the difference between these two key pieces of programming and software.

On the other hand, web development refers to the process of using code to create user-facing software, typically in the form of websites accessed exclusively through the internet.

Both web and software development processes share similar steps, but the end product is the key difference. 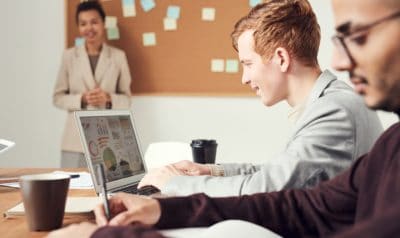 So what does a software developer do? They create the programs and applications used on standalone desktop and mobile platforms, letting users interact with computer tools to perform an array of tasks and activities.

At this point, software development has been whittled down and fine-tuned to a process. It undergoes a number of steps through which the developer will be responsible for the following: conceptualization, creation, programming, documentation, testing, improvement, and maintenance of software, including its components and frameworks.

There are 7 stages of the software development process, also known as the Software Development Life Cycle (SDLC):

The web development process follows the same steps, so let’s take a look at what makes it different from software development.

If the end result of software development is a product that allows users to access functions on their computer or mobile device, web development is the same thing but where the interface is exclusively on a website.

Web developers create interactive web pages through coding and writing markup. Depending on what purpose the website will serve, the end-product can be as simple as plain text on a white background or as complicated as gaming or eCommerce sites.

There are two main sides to web development: client and server. Client-side development focuses on every aspect of a web page that users can interact with directly. Alternately, server-side development supports the back-end systems that make up the digital infrastructure of the website.

To imagine how these two sides interact, think of it this way: the client-side systems allow users to tell the web page what they want it to do, and the server-side systems make it happen.

Web developers share another key characteristic with software developers: they must have a comprehensive understanding of the end-goals of the products they are creating. For instance, building an eCommerce website requires web developers who know how to set up eCommerce functions for purchasing products and establish sound security procedures to protect sensitive payment information.

While the processes for software development and web development are similar, these two fields in the tech industry work to create different products which end up working on different platforms.

Below is a breakdown of the 8 most fundamental comparisons between the two.

Programs that aren’t exclusively web-based are usually client-based only, meaning the end product is hosted on the end-user’s server. Comparatively, web developed programs are client-server based, so the user is able to interact with one side of the website while the server side manages the backside of the website’s functions.

While software development design is usually straightforward and simple, website design is heavily focused on content and graphic design.

In software development, programs are designed for a particular platform, while web developed applications are intended to be cross-platform. 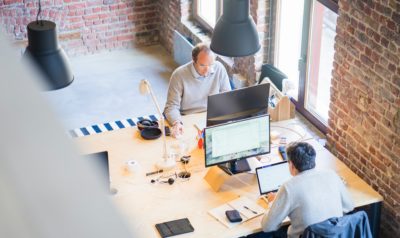 Businesses and entrepreneurs who are hoping to create a successful application should know whether they are creating a software program for computers or a website. But is there any difference between the experts who do the work of building a web application vs. those who build software programs?

Yes. One significant difference between the two disciplines is that software developers typically require extensive education. Most software engineers need at least a bachelor’s degree and must spend their time in school learning different types of programming code, computer fundamentals and architecture, and data structure.

Equally important for starting a career as a software developer is on-the-job training in the form of an internship or externship. This experience allows for the adoption of the hard skills necessary to land an entry-level job, often opening the door to networking opportunities.

Comparatively, learning web development is somewhat simpler. This is mainly because there are fewer coding languages to learn and the tools and techniques for web development are less complicated.

Different, but Both Important

Although many people might lump software development and web development into the same category, they are different paths to different end-products. However, this doesn’t make one more important than the other. There is a great need for both web developers and software developers in this tech-dependent world. Picking the right expert for your project depends on your goals and the impact your program will make.

Are you looking for a software developer to make your project come to life?

Click here for a free consultation with one of our expert software engineers!