If you’re in the earliest stages of building a new mobile or web app, you’ve probably come across the term cross platform app development.

Okay, so what is it?

Well, in short, it’s a type of development option that allows app developers to create a single source code that’s compatible with two platforms. In the case of mobile app development, cross-platform development plays a HUGE role in apps for the Android and Apple Stores, making development cost-effective, quick, with a short labor time.

We’ll dive into more of the details in a bit, but now that you have the baseline understanding of what cross platform development is, it’s time to find out what it means for you.

What is Cross Platform App Development? 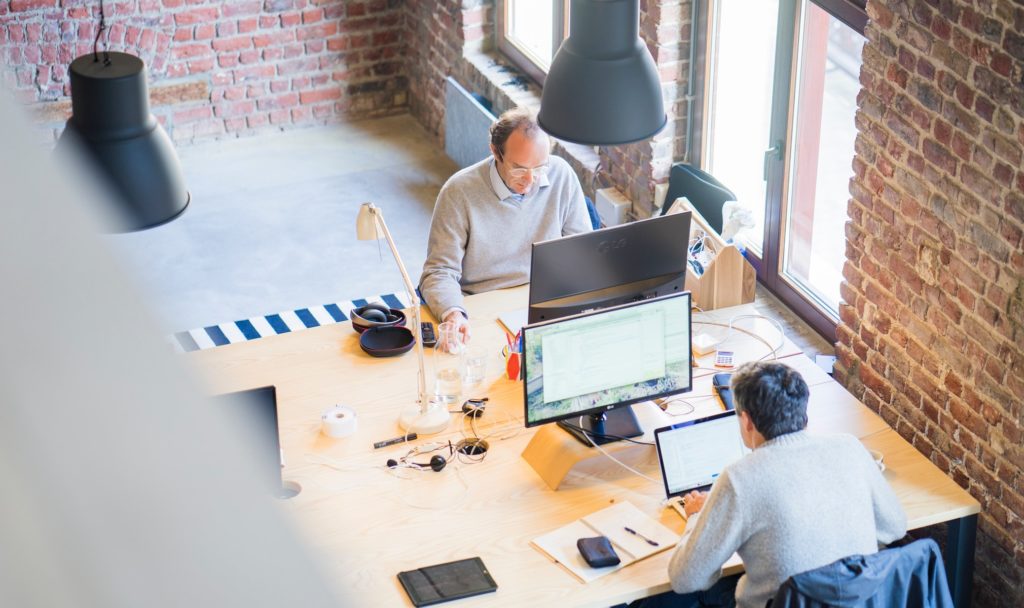 As we mentioned in our opening, cross platform app development is a development option that allows developers to effectively kill two birds with one stone. This means creating one application that’s compatible with both multiple frameworks (Android and iOS).

The core benefit of this development option is that it gives a great deal of flexibility by helping you build your app with a language that’s universal like Javascript. Once this is accomplished, the result can be exported to both the Android and Apple stores.

There are a few ways to accomplish this…

With helpful development tools like React Native, Xamarin, Nativescript, or our favorite, Flutter, you can get an app that uses native APIs. This allows for incredible performance across the board, and you won’t have to code each app separately to match the platform. Thankfully, a step like this can save you a lot in time and labor costs.

While hybrid app development is in its own unique category, you can say that in terms of performance, it holds less value than cross platform development. The hold-up? It is dependent on a built-in web browser, HTML 5, CSS, and Javascript to pull up the app. Without getting into the specifics, hybrid apps may look favorable when put against native apps, there are serious performance concerns.

A Tale of Two Platforms: The Origins of Cross-Platform App Development

As we mentioned above, there are two dominant app stores in the digital technology space: Android and iOS.

Unfortunately, we’d love for the choice to be simple—” everyone has an iPhone so just develop your app for the Apple Store”—but in truth, the U.S. consumer market is split nearly 50/50.

That means that focusing on only one platform means leaving roughly 50% of the market on the table—and that’s a lot of business to ignore.

When this Sophie’s Choice came up in the early days of mobile app development, the solution was simple: choose the one you felt had the majority of your intended users. Why? Because if you wanted to make a quality mobile app, it required using a development option called native development.

In layman’s terms, this is the equivalent of getting a completely tailor-made suit or outfit. You’d get a mobile app that was completely custom-made for your needs, however, it would only apply to ONE platform—due to the specific code used on each.

Here’s what we mean:

If you have any experience with building a mobile app, you already know this is an extremely laborious task.

Aside from the cost of hiring two teams of native developers, the codebases for Android and iOS apps are in no way compatible. That means every line of code entered is uniquely distinct to the platform it’s being developed for and cannot be shared.

Make a change to one and the other has to be changed as well. More coding, more platform-specific coders, more lost time. You’re effectively holding two kites in both hands, and when that happens it’s hard to get either off the ground.

So, what was the solution…? 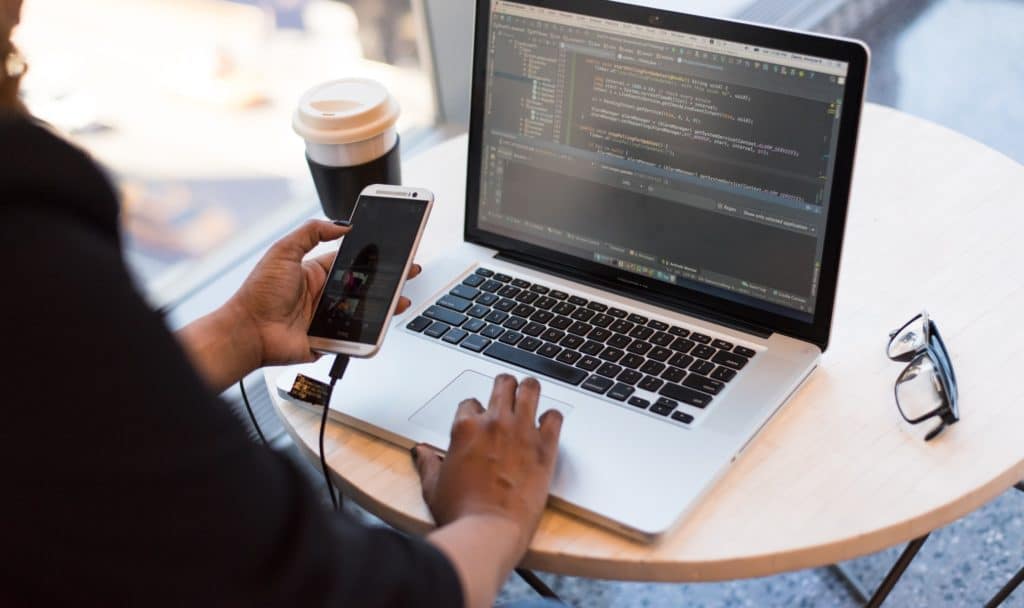 One that incorporated a native base, or foundation of dual-compatible code (typically HTML5), and building up from there.

This resulted in a significantly decreased development time for mobile applications looking to land on both platforms, and it cut down costs dramatically, as well.

So, why was this a big breakthrough?

Because when you’re building a mobile application, you want to keep the costs down.

However, for small and medium-sized businesses (SMBs) it’s a harder choice. Do you want to alienate 50% of the market or double your budget?

But, with the introduction of cross platform app development, that was no longer a concern. Even SMBs could hire a web development company to build them two functional mobile apps with the same structural base to reduce costs and labor time.

In a lot of ways, cross platform app development democratized the market.

So, how does it work?

The Ins and Outs of Cross Platform App Development 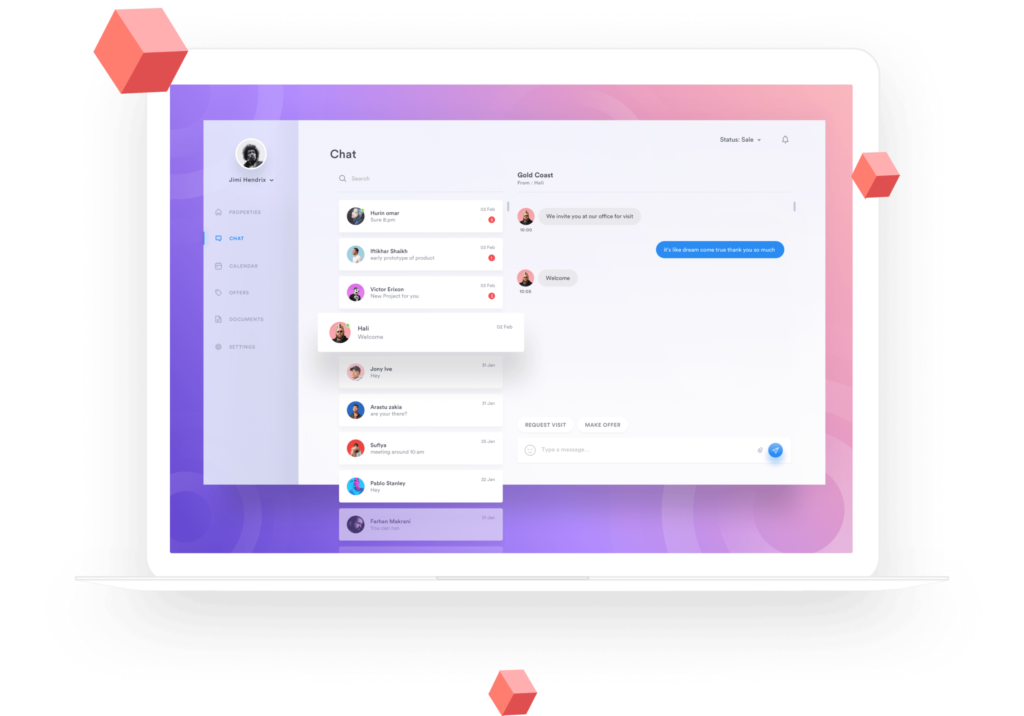 A cross platform framework introduced by Facebook in 2015, React Native is a powerhouse within the hybrid framework space. Today, it’s one of the leading mobile application development frameworks, largely in part to the helpful and iterative tools it houses—code reusability, ready-to-apply elements, etc. It doesn’t hurt that it can also render UI design that feels as good as a native app.

Introduced in 2011, Xamarin is an old legend within the hybrid framework space. Open-source and proud of it, Xamarin uses C# coding capable of functioning on both Android and iOS.

Easily our favorite, Flutter is the newest of these hybrid development frameworks. Open-source, and cross platform, it makes beautiful native interfaces for Android and iOS. Great for SMBs, nonprofits, and startups, Flutter’s strength is in its ability to create prototypes and minimum viable products (MVPs) of your app before breaking out the big guns. They’ll look native on both Android and iOS, and of course, you won’t have to make two of them.

While cross platform development certainly has its benefits when building a mobile app, it’s important to fairly address the pros and cons of the development option.

The Advantages of Cross Platform Development

This means the written code can be sent and used by multiple platforms without customization.

Only One Team is Necessary

When you use cross platform app development, you only need one team of developers as opposed to two in native development.

Without the need to build two versions of the same application for each platform, you only require one foundational set of expertise. If you need to make a change, you only have to edit the basic codebase (common languages) as opposed to fine-tuning each version.

With the ability to appear on the two largest platforms on mobile without having to create two apps, you’ll gain the highest level of visibility at a fraction of the time and cost.

As opposed to sending your users to two similar but distinct apps (Apple and Android), with cross platform development, you get a singular and uniform experience for all.

If you’re setting out to create a minimum viable product to get your idea of the ground, the fastest way to do that is by cutting your app development time in half with cross platform development.

We’ve mentioned this before but with a faster development turnaround, your mobile app idea will reach launch faster than with native app development.

Like a tailor-made suit, native apps will have better performance overall on their prospective platforms than a cross platform development app.

A one-size-fits-all approach is quicker but can lead to potentially generic features in development.

Not Good for Specificity

If you’re building a mobile application for iOS but you just want to pick up a few Android users, just focus on iOS.

Cross platform development applications tend to be less efficient which means drawing more power on mobile devices when in use.

If Android releases a major update in October and iOS’s update doesn’t drop until January, you’ll have to wait until both features are covered before updating your single code base.

What Cross Platform App Development Means for You

In one word, flexibility.

Cross platform app development isn’t without its downsides. However, if you’re an SMB, nonprofit, or startup it’s worth prioritizing the speed and cost-efficiency of cross platform development.