Whether you’re an established organization seeking a new mobile app or an aspiring entrepreneur with a good idea, you’ve probably wondered, “how is an app built?”

And it’s an understandable question. Today, 81% of Americans own a smartphone, and more than half of all Internet search comes through a mobile phone.

Case and point, your customers—prospective and current—are spending increasing amounts of time on smartphones, and if you want their business, you need to get in the game.

So, if you’re ready to create a quality stand-in for your organization or launch a new product (app) and you’re questioning how an app is built, there’s a short answer and a long answer.

It’s a little more complicated than you think.

Here’s how every app is built, and more importantly, what you can expect when looking to build your own from the ground up!

Okay, So How Is an App Built?

Let’s start with the basics.

There are two origins for most app ideas:

(We’ll dive into this deeper later, we promise.) 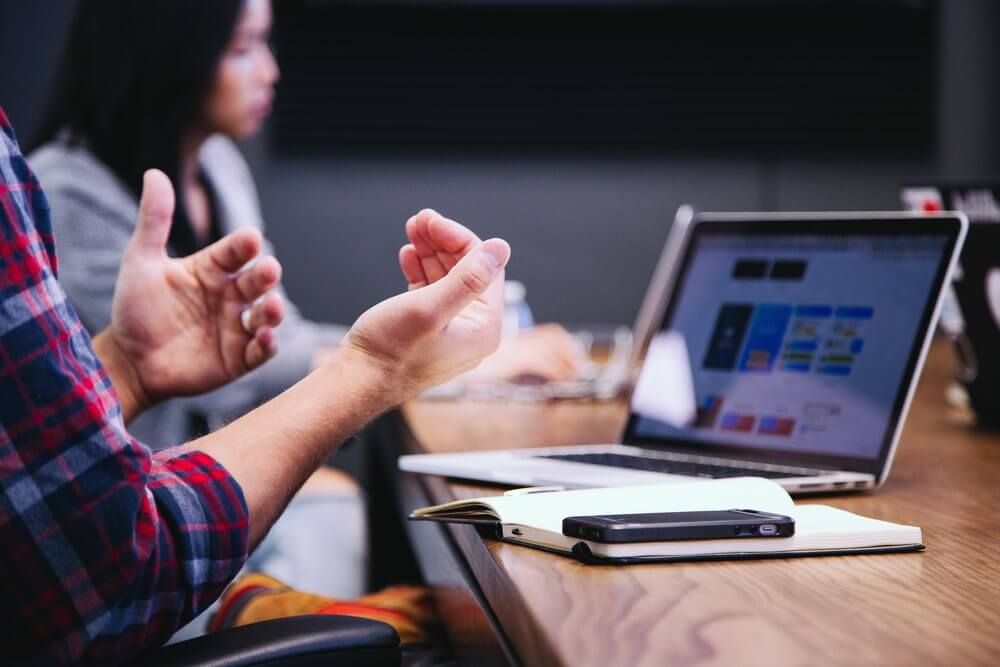 Here’s how an app is built from soup to nuts…

So it’s best to start with a great idea and a better plan to make it happen.

That’s why the first step is always the most critical: planning.

From strategizing every aspect of the user experience, creating a roadmap for the client, and conducting deep market research to discover a compelling consumer need, every aspect of this step is crucial to the project’s success.

Step 2: Test the idea with a RAT

To stress-test your idea, run a Riskiest Assumption Test (RAT). This is essentially an application of two key parts of the scientific method: observation and testing. To find out if an audience needs the mobile app you seek to create, run a RAT to determine simple metrics like how many want it, how much they’ll use it, and how much they’ll pay for it—if anything.

If you want to further test your mobile app idea, apply a set of performance indicators that your RAT results must overcome. For example, “I want to have 500 sign-ups in two weeks” to determine overall interest for the app before moving forward to development.

Once you’re confident in your mobile app idea, the next step is to…

Think of this as a blueprint or layout for your mobile app. It’s effectively an extremely rough sketch of what this app will look like (think a tall rectangle with shapes and text on it). The point of this wireframe is to breakdown what components and features the app will have.

In the realm of mobile app development, there are a few different development paths you can take to get your app created.

Here are the most common…

This involves low-level coding meaning you’ll need to hire a specialized developer who can build your app for a specific market (iOS or Android). This type of development is good for flexibility since you’re building from the ground up, and the apps are faster and more reliable.

Built using a universal language like JavaScript, this form of development helps bridge the gap between the iOS and Android marketplaces giving an app greater versatility, a wider audience, and faster launch time.

This method is less expensive than native development and typically relies on JavaScript. Flexibility is also high for this method since you can build the app once and deploy it on multiple platforms. However, this form of development is basically creating a “beefed-up” website so be prepared for slight performance lags compared to native apps.

Quick and cheap, this is a user-friendly method that allows even non-technical users to build their own apps. Keep in mind, this is an extremely limited form of app development and you’ll be limited to what the RAD platform can give you.

This is the Chia Pet of mobile app development. Out of the box and ready to go, all you need to do is customize your app and you’re done. Needless to say, this form of development is the most limited of all, and not fit for businesses seeking a robust and customized mobile app.

Step 5: Decide Where You Want to Publish It

Your choices are going to be iOS, Android, or both. Each platform has been around for a considerable amount of time and the user bases of both marketplaces are large and robust.

Here are some common platform languages in each development platform…

Sort of like the Most Valuable Player (MVP) in sports, the Minimum Viable Product (MVP) in mobile development serves as a cornerstone piece of your app’s success.

When starting the development process for a mobile app, you’ll start with a good idea. Then you start to expand the original idea to include cool new app features, extensions, and tools.

Before you know it, you’ve blown out your budget, zoomed past your deadlines, and the original app idea is now an unwieldy mess that fails on the core aspects you originally wanted.

Defining the MVP works to prevent that by establishing the core expectations of the app before anything new is added.

The MVP is the skeletal frame of the app; the core functionality that must work when everything else is stripped away.

Once the project manager has set the timelines, due dates, and expectations, the rest is getting to work to make it happen.

Quality Assurance (QA) means testing—comprehensive testing. It means testing every function of the app to make sure it’s doing what it should, stress-testing as many variables as possible, and at times, literally trying to break the app

Exceptional quality assurance is extremely necessary not only for peace of mind but it’s absolutely crucial to your app’s overall UX experience.

For most smartphone owners, 90% of their attention goes into apps, but even then, the majority of our attention will go to three apps.

Deliver a buggy or subpar app and even if your customers/users download it, it’ll be rare to find them using it.

And that’s why good quality assurance—especially before launch—is so critical to the mobile app development process.

With the app complete, it’s time to launch. At this point, you’ll want to have built-in a strong marketing campaign behind it.

Now, let’s take a closer look at what goes into an app.

What Goes into an App?

The largest components of an app’s construction come in five key parts:

Can choose between SQL or noSQL engines—the former is more traditional for long-term data storage.

Largely databases and other server elements like storage solutions.

Key to connect an app with its backend server and other internal tools in the system. Responsible for the app’s performance and scalability.

This is the user experience—what your users interact with—and connects to the back-end through the API. This is the Native, Cross-Platform, and Hybrid development we mentioned above.

Final location of your API and database; common hosting sites are Amazon AWS and Rackspace.

Who’s On the Team? All things flow through the Project Manager. With hundreds—and even thousands—of project tasks spanning multiple departments, check-ins, updates, meetings, stand ups, and deadlines leading out months (or years) in advance, it’s a lot to manage.

And that doesn’t even include being the point of contact for the client.

A good project manager is an extremely logistical individual that plans out in maximum detail how the project will be ideated, planned, and executed.

This role is often misunderstood. The mobile designer does more than make the app look pretty, they plan out every single detail of how the app will operate, look, and feel. The user experience is paramount in determining whether your users will actually use the app.

This means doing significant amounts of research before a line of code ever written—analyzing the end-user, their psychology, and how to design the perfect experience for them.

This is the builder. Depending on the development style taken, typically native or cross-platform, a good designer is a diverse one; well-versed in both iOS and Android app development.

Think of this role as Internal Affairs at a police precinct; they’re looking for anything suspicious in your mobile app. Serving as an investigator of sorts, a good QA engineer will put your app through its paces to ensure it’s in top shape before deployment.

Even with a successful launch, the work isn’t over just yet. To ensure your app is humming, you’ll want to continue consistent maintenance on it to clear bugs, improve the user experience, and update it over time.

How Is an App Built: Final Thoughts

Building an app can be a significant undertaking—but that doesn’t mean it has to be hard. If you’re an organization in need of a compelling mobile app, or an entrepreneur with the next great idea, drop us a line.

We’d be happy to get you started.

If you’re ready to develop your own mobile app but need a little help
Click here to schedule a free consultation.