If you’re still trying to convince yourself that you need to start with building an MVP before you launch your business idea, let me give you some motivation.

Part of this process is learning. Jumping into the building stage too quickly can be costly if you haven’t taken the time to test your idea without investing too much first. Many of the major businesses and applications we use today started with the most basic functions, and have morphed into something completely different from their initial versions.

The best ideas will gain traction in their simplest forms, and grow based on user feedback and demands. If you don’t believe me, check these stories out.

Here are some examples of how successful startups became big businesses with an MVP. 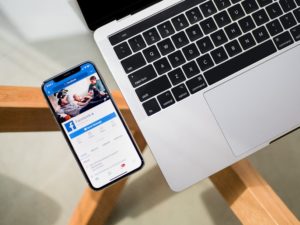 How old is your Facebook account? You probably don’t even remember how this platform used to work. Initially, “Thefacebook” was created to connect University students. Although other platforms already existed to connect friends online, Facebook did it better. People liked it. It was easier to use and became an unstoppable force. Today, Facebook has over 2 billion monthly active users and has rolled out countless new features. Right now, it looks like they’re about to enter the dating scene.

There is nothing new about the idea of saving money and offering discounts, but again, Groupon did it better. They took an age-old concept and made it easy, fun, and social. They started on a basic WordPress site and emailed coupons to people. Anyone could have set this up, but consumer demand is the exciting part of this story. It exploded and served over 49 million unique customers this past year alone.

These guys have a somewhat different story, but it’s following the same basic concept. They tried something without spending anything on it, and it worked. When founders had no money to pay their rent, they decided to see if they could offer their place to work travelers. They made a basic website, snapped a few pictures, and instantly had customers. The business idea was born.

Cutting out the middleman and providing short-term rentals has been wildly successful for these bootstrappers, who now have 2 million people staying in Airbnb properties on any given night.

Turns out, crafts are a big deal. It makes sense I guess when you think about the sheer volume of craft markets happening around the globe at any given time. But an online business based around this concept was exactly what consumers wanted. It’s been said that the owners saw a huge gap in what Ebay was offering, and decided to try and fill it. After 10-years in business, Etsy has over 31 million active buyers and close to 2 million sellers.

Dropbox may actually be the golden child of all MVP stories. They didn’t take it as far as creating something for people to try, but they made an explainer video. That’s it. They wanted to test the concept and see if people were remotely interested in this type of service, before investing any money. Turns out, people loved the idea and validated the idea. Almost overnight, they collected a list of 70,000 people who opted-in to their email list to get their hands on the product as soon as it was ready.

So you may not be envisioning becoming the next Facebook or Dropbox, but the truly successful startup still needs an MVP, and that includes your business. If you want to test your idea and avoid wasting money, take the lessons from those who have done it before you. You won’t be sorry!